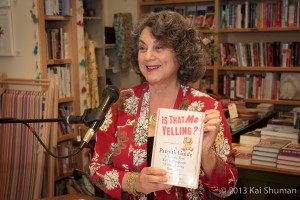 For over fifty years I have had meaningful and varied work experiences that I draw upon when consulting with a diverse population of parents, grandparents, teachers, and therapists.

Since 1966, when I graduated from the Brooklyn College School of Nursing, I’ve been dedicated to solving problems, helping people reduce suffering, and exploring preventive approaches to disease, discomfort, and stress. My experience in health care is quite broad, ranging from caring for newborns and their mothers to end of life care with the elderly. In the past I’ve worked as a staff nurse, head nurse, director of nursing, educator, and executive director.

I’ve been facilitating parenting groups and classes since 1988. In 1991 Kaiser Permanente trained me as a Temperament Counselor. This opportunity changed my career, offering me a new way to work with parents individually and in groups. I co-wrote the Temperament Based Parenting curriculum that was used throughout Kaiser Permanente, Northern California. While I was teaching the six-week parenting class in Richmond California, I was inspired by the moving words of a father, to develop a parenting radio show so thousands of parents could be reached each week with information and support in raising children. One night, when I was teaching about how to discipline your child, a father stood up and said, “Now I know why I shouldn’t hurt my child anymore.” It was the first time he spoke in the class, and I was deeply moved by his words. Ten years later, I was a radio show host, talking to thousands of people about the complexities of raising children.
I was the founder of the non-profit organization, Interactive Parenting Media, and the host (for almost 10 years) of the Childhood Matters call-in radio show. I also helped to start the Nuestros Niños radio show in Spanish.

I’ve been a speaker at national conferences on children’s temperament, ADHD, and other parenting concerns. I frequently present trainings for teachers, community-based organizations, professionals, and parents on a wide variety of topics. I consulted with doctors and teachers on learning differences and ADHD in Pune India, and I taught childbirth preparation in Zaire Africa, while living there for two years.

I have been a guest expert on national television segments on CNN and 20/20, was a monthly guest for 3 years on ABC 7’s The View From The Bay, and have loved being on radio for over 15 years. I have learned the impact of using various forms of media to communicate honest and compassionate parent support. I currently host the show “About Health” twice a month on 94.1 KPFA.org, and I speak frequently to groups about my book, “Is That Me Yelling?”

I have four wonderful adult children, a husband I adore, and I’m fortunate to have three grandsons. Watching my grandchildren grow has added to my knowledge of child development, temperament, and parental love.

I think of myself as a child advocate, helping people embrace individual differences and the gifts that they bring to the world. I grew up having undiagnosed learning disabilities. I struggled in school but also skipped a grade because I was smart. These experiences have helped me to develop compassion for children with special needs as well as respecting differences.

I have been interested in psychology and human development for as long as I can remember, and continue to learn how to listen to what people are saying and use my experience, intuition, and training to respond to their needs.

This picture was taken in 1967 when I was working as a Head Nurse at Montefiore Hospital in the Bronx, NYC. 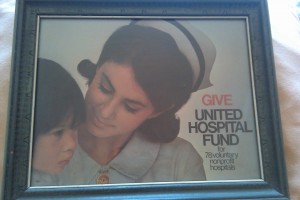