The Doctor Is In

Dr. Michael Lenoir and I discussed current health issues, such as Covid 19, disparities in health care for black people, other people of color, and folks who are low income. 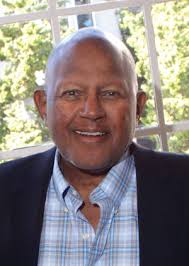 Dr. Lenoir served as the President of the National Association of Physician Broadcasters.  In 1994 and 2001, he received the Ken Alvord Distinguished Community Service Award from that organization. He was one of 50 physicians, nationwide, chosen to receive the Pfizer Positive Physician Award from the American Medical Association.  Additionally, in 1988, he was named the Oakland Citizen of the Year by the Oakland Tribune and named one of America’s leading African American Allergist by Black Enterprise Magazine.  Since 2000, Dr. Lenoir has been named as one of the 200 best physicians by San Francisco or by Oakland Magazine. He has served as the President of the Ethnic Health Institute at Alta Bates Summit Medical Center, Chair of the Board of the African American Wellness Project. He has served as a member of the Board of Directors at Children’s Hospital Oakland. From 1981 to 1993, Dr. LeNoir served as the medical editor for KCBS radio, hosting a 2 hour weekly talk show. Since 1985, he has been the CEO of the Ethnic Health America Network that produces the Telly award winning Ethnic Health America Program, a 30-minute TV health magazine at one time aired in 1400 cities nationwide on MBC Network. He continues to do radio and podcast programs, such as Black Doctors Speak collaborating with blackdoctors.org.  He has 4 daughters and 5 grandchildren.