Girls On The Brink

“When we look at the mental health of American girls today, one thing becomes clear: We as a society are failing pretty miserably….One out of four adolescent girls reports suffering from symptoms of major depression compared with fewer than one in ten boys.” —Donna Jackson Nakazawa, Girls on the Brink

The rates of depression, anxiety, and suicide among girls have skyrocketed over the last 15 years. The influences of social media, over sexualization of girls, environmental and societal stresses, school pressures, sexual harassment, gender inequalities, and other stressors have caused a crisis that needs to be understood and addressed.

My guest, Donna Jackson Nakazawa provides the science of why our girls are struggling and 15 antidotes for our consideration to support girls on their journey to live meaningful and independent lives.

st: Donna Jackson Nakazawa is an award-winning science journalist, author of seven books, and an internationally-recognized speaker whose work explores the intersection of neuroscience, immunology, and human emotion. Her latest book is, Girls on the Brink: Helping Our Daughters Thrive in an Era of Increased Anxiety, Depression, and Social Media. Donna’s other books include The Angel and the Assassin: The Tiny Brain Cell That Changed the Course of Medicine, Childhood Disrupted, and The Last Best Cure. Her writing has appeared in Wired, The Boston Globe, Stat, The Washington Post and Health Affairs. For her writing on health and science, she received the AESKU lifetime achievement award and the National Health Information Award. She has appeared on The Today Show and NPR and is a regular speaker at universities, including the Harvard Division of Science Library Series, Rutgers University, Johns Hopkins, Learning and the Brain, and the Andrew Weil Center for Integrative Medicine at the University of Arizona. Donna is also the creator and founder of the narrative writing-to-heal program, Your Healing Narrative, which uses a process called Neural Re-Narrating™ to help participants recognize and override their brain’s old thought patterns and internalized stories, and create a new, powerful, inner healing narrative that calms the body, brain, and nervous system. You can learn more here: https://donnajacksonnakazawa.com

You can find her on:

Tune in now to About Health on KPFA.org radio 94.1FM

There are so many questions regarding digital media’s impact on a child’s development. How does it affect their mental and physical health? We know there are consequences of too much media exposure for children’s minds, physical health, and social wellbeing, but how much is too much? And what about the quality of the media children absorb starting at a young age? Most parents, grandparents, and providers struggle daily to make decisions about how to set limits on screen time, no matter what age a child is.

cutive Director of Children and Screens: Institute of Digital Media and Child Development, most recently served as Senior Advisor to Governor Gavin Newsom of California and Deputy Secretary of the California Health and Human Services Agency where she led the development of the California Master Plan for Early Learning and Care and the expansion of access to high-quality early childhood programs. She led systems change efforts at the local, state and national levels in her roles as executive director of First 5 San Mateo, First 5 California, and of the First Five Years Fund. Through it all, Perry has fought to protect children, improve and expand early learning programs, and increase investments in low-income children. Perry was instrumental in returning marriage equality to California after the landmark 2013 U.S. Supreme Court ruling Hollingsworth v. Perry, which she wrote about in her book, Love on Trial (Roaring Forties Press, 2017).

The U.S. Supreme Court has overturned Roe v. Wade, cutting off millions of women across the country from essential health care. All women have the right to accessible and culturally sensitive reproductive health care! And did you know that pregnant women in the US are more than twice as likely to die from complications related to pregnancy or childbirth than those in most other high-income countries in the world? 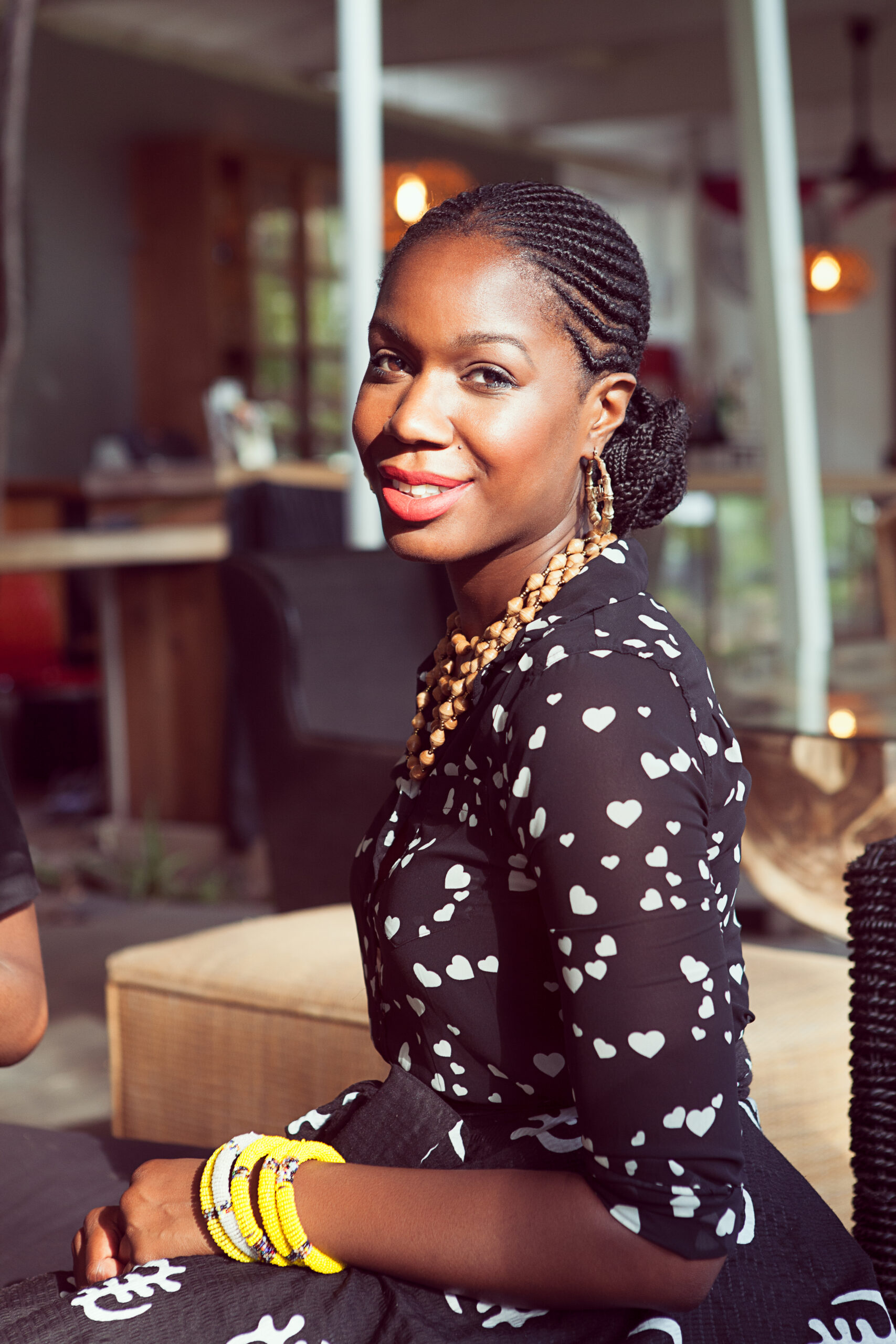 Joy A. Cooper, MD MSc is a Philadelphia native and an Obstetrician-Gynecologist in Oakland, California. She completed residency at the Hospital of the University of Pennsylvania. She earned her MD from Howard University and completed a Master’s in Sexually Transmitted Infections & HIV at University College of London/London School of Hygiene & Tropical Medicine. She earned an A.B. in African and African-American Studies at Harvard College. Through her telemedicine startup, Culture Care, she is fulfilling her mission to impact women of the African Diaspora by linking Black women to Black doctors with the click of a button. Go to www.ourculturecare.com to learn more.

The F.D.A has recommended that the Moderna and Pfizer coronavirus vaccines be authorized for children as young as 6 months old. Very soon parents will have to make decisions about whether to vaccinate their young children, which vaccine to give, and if masking up is still necessary.

And with summer upon us, there are important general safety tips to talk about, such as preventing sun stroke and dehydration, as well as water safety. 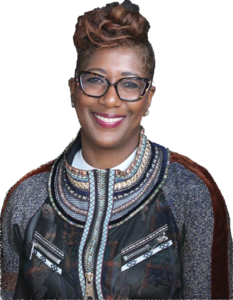 Guest: Dr. Donna White Carey is the Medical Director of Case Management at Alameda Alliance for Health. She served as the first African-American Chief of the Division of Pediatrics at Alameda Health System and then became the first Chair of their Department of Pediatrics.  As Chair, she initiated Pediatric Grand Rounds and developed a Safe Sleep Program. Dr. Donna is a past President of Sinkler Miller Medical Association and serves on several Boards and committees, including the Samuel Merritt University’s Ethnic Health Institute. She is also the Executive Pastor of True Vine Ministries. She initiated a quarterly women’s forum entitled “Sista Talk,” a weight loss program called “Fit for Life,” and “Survivor Weekend,” which focuses on cancer prevention.

Dr. Donna has received numerous awards, honors and commendations, including “STEM Woman of the Year” by then-assemblymember Nancy Skinner and a Chairwoman Award from the Oakland African American Chamber of Commerce. She completed her pediatric residency training at UCSF Benioff Children’s Hospital in Oakland and completed a one-year fellowship in adolescent medicine at the University of California, San Francisco.

You can follow Dr. Donna on her Facebook or IG pages. You can also “keep our appointment” and watch her weekly on her YouTube channel, “Talking with Dr. Donna.” 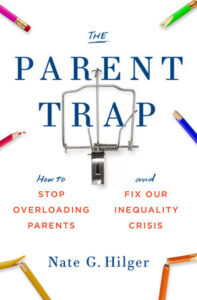 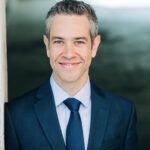 Joining me was Thuy Nguyen, a new producer/host on About Health.

“Connection is at the heart of Chinese medicine—the understanding that everything is connected internally as well as externally. Internally, mind-body-spirt. Externally, person-family-community. That is why we say:  Heal Yourself, Heal Your Community. The awareness of our inseparable connection brings home the influence of our well-being on the community and the well-being of the community on us. We are all in this together. When you heal, we heal.”—Berkeley Community Acupuncture. 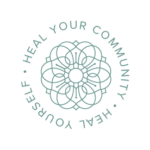 Thuy Nguyen has been practicing Traditional Chinese Medicine (TCM) for over 20 years and is the founder and director at Berkeley Community Acupuncture, a clinic making TCM widely accessible.  She is also the creator of the Navajo Healing Project, a unique project aimed at introducing TCM to the Dine community in a way that is relevant, healing and empowering. Thuy is a maker and a mother of 3 teenagers and 2 dogs. In addition, she produces radio shows for About Health on KPFA.org. At the heart of all she does is the desire to illuminate our inseparable connection to Nature and one another, and to offer an understanding of ourselves and our well-being that is empowered and life affirming.