Men’s Health Month helps to raise awareness, and encourage men to make healthy lifestyle choices, go for check-ups, get educated about things like diabetes and heart disease, and be attuned to emotional and mental health issues as well.

In Honor of Father’s Day and Men’s Health Month

Dr. Will Courtenay, is an internationally recognized expert in men’s health and in helping men, boys, and fathers. The American Psychological Association calls him, “a leading psychologist in the field of masculinity.” He  provides psychotherapy and counseling to individuals in the S.F. Bay Area, and phone consultation to those outside of the area. You can reach him at 415-346-6719 or check out his website at http://www.themensdoc.com. He is also the author of Dying To Be Men: http://www.amazon.com/Dying-Men-Environmental-Biobehavioral-Psychotherapy/dp/0415878764

Rev. Dr. Niinana Kweku C.A.M.F, author of, In Search Of Manhood: Reclaiming Manhood, Brain Freeze, and Whiteout. All of his books deal with the plight of people of color and other marginalized groups in America. He has worked in the behavioral health field for 45 years, and is presently the Executive Director of Family Solutions inc., a non profit organization committed to serving and reeducating communities of America and globally. 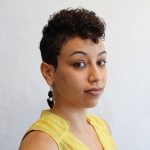 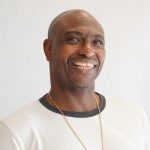 Play: It's the Way Young Children Learn download PDF in English or Spanish