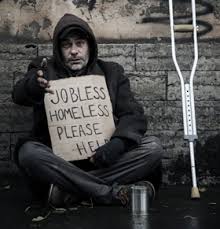 Being unhoused makes it difficult, and in some cases impossible, to access general health services. Poor health, addiction, mental illness, and violence are some things that lead to homelessness, and homelessness can make all of these things worse.

The majority of adults that experience homelessness have more than one health issue. They range from hypertension and diabetes to HIV and viral hepatitis, but the most significant reasons people go to emergency-rooms are mental illness and addiction. The sick and vulnerable become homeless, and the homeless become sicker and more vulnerable.

Alejandro Soto-Vigil comes from a family of activists in the Bay Area. Last year he was re-elected to his second term on the Berkeley Rent Stabilization Board. After 8 years working in the City of Berkeley as a legislative aide, Alejandro now serves as the program manager for the Berkeley Drop-In Center, an organization that has served Berkeley’s homeless residents for over 25 years. Alejandro majored in political sciences at UC Berkeley. 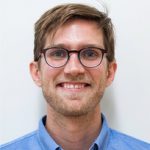 Jeffrey Seal is the medical director and interim director of Alameda County Health Care for the Homeless, as well as an Assistant Clinical Professor in the UCSF Department of Psychiatry. He has worked at the Child Psychiatry Branch of the National Institute of Mental Health. He completed his medical degree at Boston University, a psychiatry residency at UCSF, and a chief residency at San Francisco General Hospital. He grew up on the Gulf Coast of Alabama, and currently lives in Oakland CA. He is a current California Health Care Foundation Leadership fellow and has special interests in public health systems, social determinants of health, re-entry populations, and trauma.

When to Worry About Your Preteen download PDF (English)