Environmental Toxins and Your Health 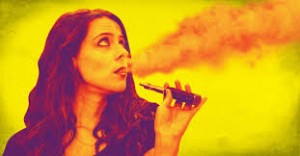 Every day we’re exposed to toxic chemicals in the air, water, food, and in the products we use. The more we know, the better chance we have of making good choices for our health and the health of our children.

If you missed the show on Environmental Toxins you can LISTEN NOW:https://kpfa.org/player/?audio=222304 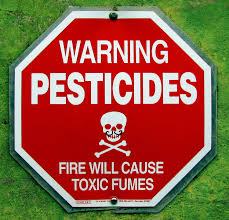 My guests were: Caroline Cox, Research Director at Center for Environmental Health (CEH) where she leads research on toxic exposures, identifying, analyzing and substantiating the scientific bases for the work to eliminate threats to children and others exposed to dangerous chemicals in consumer products. Caroline has testified to Congress and to state and federal regulatory agencies on consumer products safety and health risks from pesticides. She has also co-authored several science articles on hidden ingredients in pesticides, air quality around fracking cites, and on the successes of CEH’s work in eliminating lead from jewelry. Previously, she worked as staff scientist at the Northwest Coalition for Alternatives to Pesticides (NCAP) in Oregon. She was also editor of NCAP’s Journal of Pesticide Reform and has co-authored numerous papers in scientific journals. Caroline is on the Steering Committee of Californians for Pesticide Reform. She also serves on the Board of Directors of Beyond Pesticides.

Dr. Ann López is the Executive Director of The Center for Farmworker Families, www.farmworkerfamily.org  She has taught courses in biology, environmental science, ecology, and botany in the biology department at San José City College.  She is an independent researcher whose research addresses the human side of the binational migration circuit from the small producer farms of west central Mexico to employment in California’s corporate agribusiness. She is the author of  The Farmworkers’ Journey, published in 2007. In 2008 she was chosen as one of Silicon Valley’s 100 most influential Latinos in the category of Technology, Health, and Science by the Mexican American Community Services Agency (MACSA). In 2012, Dr. Lopez and her organization won the Social Justice Award at the 32nd Annual Western Regional EcoFarm Conference in Asilomar. She was chosen as a Woman of the Year for 2013 and 2014 by the National Association of Professional Women, and has been chosen as the Sustainability Honoree by San Jose’s Human Agenda Organization this year.

Dr. Lopez’ research findings while interviewing central California farmworker families and their family members in Mexico were fundamentally disturbing and life transforming. As a result, she is actively attempting to create awareness about the Human Rights abuses that are endemic to every juncture of the migrant circuit.