Listen now to the show on 3/8/21 on KPFA.org—94.1FM Radio, for an interview with Dr. Joshua Coleman, author of the newly released book, Rules of Estrangement: Why Adult Children Cut Ties and How to Heal the Conflict. 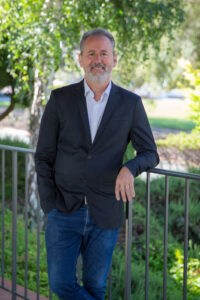 Dr. Joshua Coleman is a psychologist in private practice in the San Francisco Bay Area and a Senior Fellow with the Council on Contemporary Families. He is the co-editor, along with historian Stephanie Coontz of seven online volumes of Unconventional Wisdom: News You Can Use, a compendium of note worthy research on the contemporary family, gender, sexuality, poverty, and work-family issues. His new book, Rules of Estrangement: Why Adult Children Cut Ties and How to Heal the Conflict, was just released by Penguin Random House. He is frequently contacted by the media for opinions and commentary about changes in the American family. He has been a frequent guest on the Today Show, NPR, The BBC, NYU Psychiatry Radio, and has also been featured on Sesame Street, 20/20, Good Morning America, America Online Coaches, PBS, and numerous news programs for television. He has written for the the Atlantic, The New York Times, CNN, NBC, Aeon, Psychology Today, the SF Chronicle and other publications. He is the father of three adult children, has a teenage grandson, and lives with his wife in the San Francisco Bay Area.