Not all patients are treated equally.

Racism affects many aspects of healthcare in our country, including pregnancy and infant mortality, emergency treatment, pain management, addiction, and mental health care. Actually, you can find racism in any part of the medical care system as long as there are people who are not doing the vital anti-racist work that we are all called upon to do.

This was a timely discussion about racism experienced in medical care settings.

Some health care professionals actively discriminate against patients, even though it’s rare that they are held accountable.  During the Covid-19 crisis we have also seen how racism has caused more deaths in the Black, Indigenous, and people of color communities. “A May 2020 study estimates that in the U. S., Black people were 3.57 times more likely to die from COVID-19 than white people. Similarly, the risk of death within the Latinx population was nearly twice that of the white population.” 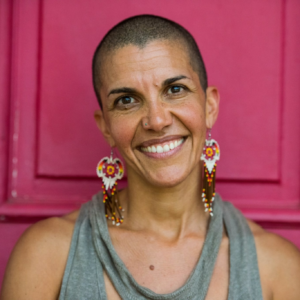 J. Miakoda Taylor is the founder and Lead Steward of Fierce Allies (www.fierceallies.com), a body of work, suite of services, and community of practitioners catalyzing dynamics of power and privilege towards equity and justice. The work integrates the fields of Restorative Justice, Somatic Trauma Healing, embodied and popular education, group facilitation, conflict transformation, and storytelling. The community of practice is comprised of leaders from a wide range of sectors including: public health, environmental justice, child and family services, technology, immigrant rights, criminal justice, and food sovereignty. Together, Miakoda and the community of practice are creating a new road map for intersectional collaborations and coalitions. An award winning photographer, Miakoda has received several fellowships, including a J. W. Fulbright, to conduct photo-ethnographic studies of diverse cultures around the globe. Images from their work focused on street children and women working as domestic servants in South Africa from 1993-1996, have been exhibited throughout the world, most notably as part of the United Nations World Conference Against Racism and at the Metropolitan Museum of Art. They are also an avid meditator, yogi, and dancer. 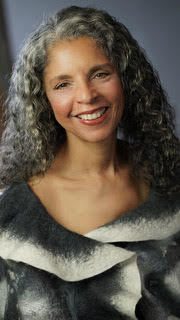 Diane Barnes an actor, writer, speaker and physician. She is a graduate of Stanford University and the Yale University School of Medicine, with postdoc training at UCSF and Stanford. Her award winning solo show, My Stroke of Luck, developed with David Ford, shares her story of stroke, recovery, and reinvention as a single mother and working physician. Extended multiple times at The Marsh, it has played internationally, at numerous theater festivals, universities, and medical schools.  The murder of George Floyd inspired her new work, Not One of Us,  a comedic/dramatic exploration of the intersection of class, race, gender and privilege in her life. Also developed with David Ford, Not One of Us, premiers at the Playground Solo Performance Festival Jan 22-Feb 7th, 2021. This version revolves around her experiences in medicine: from training at Yale Medical School to Lagos Nigeria, from practicing medicine to becoming a patient. Diane is a Meisner-trained actor and BATS trained improvisor.  She completed the Global Identities Workshop with Anna Deveare Smith, ACT Summer Intensives and Berkeley Rep Spring Intensive.