Join this dynamic mother and daughter team who have been working tirelessly to show that “Plant-centered eating can help restore our damaged ecology, address the climate crisis, and move us toward real democracy.” We talked about how changing yourself and the world can start with changing the way we eat.

“Without changing our diets, agriculture alone could make it impossible to stay within the greenhouse gas essential limit of 1.5 degrees centigrade.” —small planet institute. 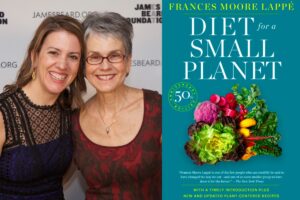 Frances Moore Lappé is the author or coauthor of twenty books, including the three-million copy Diet for a Small Planet, and just published is this book’s 50th updated anniversary edition. The Smithsonian’s National Museum of American History describes Diet for a Small Planet as “one of the most influential political tracts of the times.” Frances is co-founder of Oakland-based Food First and the Cambridge-based Small Planet Institute, which she leads with her daughter Ana Lappé. The recipient of twenty honorary degrees, Frances has been a visiting scholar at MIT and U.C. Berkeley and in 1987 received the Right Livelihood Award, often called the “Alternative Nobel.” New York Magazine dubbed her “Movement Mother” and Gourmet Magazine named her as one of 25 people—from Thomas Jefferson to Julia Child—whose work has changed the way America eats. She is a founding member of the World Future Council and serves on the National Advisory Board of the Union of Concerned Scientists. Frances is co-founder of three national organizations—Oakland-based Food First, the Center for Living Democracy, and her current home, the Cambridge-based Small Planet Institute, cofounded with her daughter Anna, and where her son Anthony Lappé, is Media Advisor.

Anna Lappé, Co-founder of Small Planet Institute, is a national bestselling author, a respected advocate for sustainability and justice along the food chain, and an advisor to funders investing in food system transformation. She leads Real Food Media, based at Corporate Accountability International, which she founded to bring together leading food and farm organizations to produce powerful communications initiatives to inspire, educate and grow the movement for sustainable food and farming. Her most recent book is Diet for a Hot Planet: The Climate Crisis at the End of Your Fork and What You Can Do About It. She also helped edit the recipe section of the new, 50th anniversary edition of her mother’s book, Diet for a Small Planet. A James Beard Leadership Awardee, Anna is the co-author or author of three books on food, farming, and sustainability and the contributing author to thirteen more. In more than two decades of organizing, Anna has helped direct millions of dollars to advocate for food justice and sustainability around the country and the world. Anna’s research on food systems has taken her to more than 25 countries and 100 US cities. ​In addition to her philanthropy through the Small Planet Fund, Anna is the director of the Food & Democracy program of the Panta Rhea Foundation and is an active participant of several funder collaboratives building more just and sustainable food systems worldwide.​ 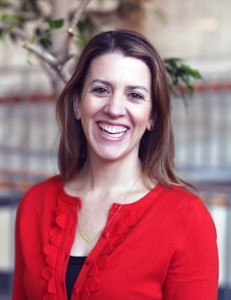 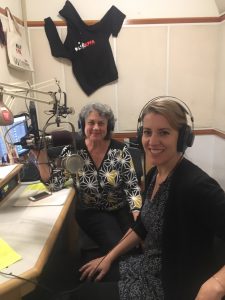